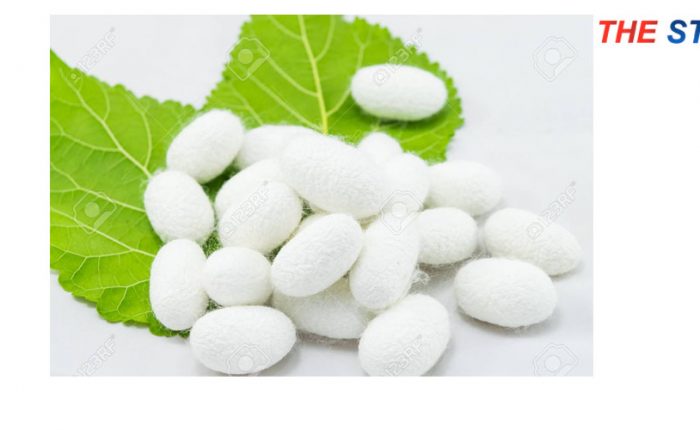 The bulk of the commercial silk produced in the world comes from this variety and often silk generally refers to mulberry silk. Mulberry silk comes from the silkworm, Bombyx mori L. Which is solely feeds on the leaves of mulberry plant. These silkworms are completely domesticated and reared indoors. In India, the major mulberry silk producing states are Karnataka, Andhra Pradesh, West Bengal, Tamil Nadu and Jammu & Kashmir. These accounts for 92 % of country’s total mulberry raw silk production.

Tasar (Tussah) is copperish colour. Coarse silk mainly used for furnishings and interiors. It is less lustrous than mulberry silk. But has its own feel and appeal. Tasar silk is generated by the silkworm, Antheraea mylitta. It is mainly thrive on the food plants Asan and Arjun. The rearings are conducted in nature on the trees in the open. In India, tasar silk is mainly produced in the states of Jharkhand, Chattisgarh and Orissa. Besides Maharashtra, West Bengal and Andhra Pradesh . Tasar culture is the main stay for many a tribal community in India.

It is a finer variety of tasar generated by the silkworm, Antheraea proyeli J. in India which feed on natural food plants of oak, found in abundance in the sub-Himalayan belt of India covering the states of Manipur, Himachal Pradesh, Uttar Pradesh, Assam, Meghalaya and Jammu & Kashmir. China is the major producer of oak tasar in the world and this comes from another silkworm which is known as Antheraea pernyi.

Also known as Endi or Errandi, Eri is a multivoltine silk spun from open-ended cocoons, unlike other varieties of silk. Eri silk is the product of the domesticated silkworm, Philosamia ricini that feeds mainly on castor leaves. Ericulture is a household activity practiced mainly for protein rich pupae, a delicacy for the tribal. Resultantly, the eri cocoons are open-mouthed and are spun. The silk is used indigenously for preparation of chaddars (wraps) for own use by these tribals. In India, this culture is practiced mainly in the north-eastern states and Assam. It is also found in Bihar, West Bengal and Orissa

This golden yellow colour silk is prerogative  of India and the pride of Assam state. It is obtained from semi-domesticated multivoltine silkworm, Antheraea assamensis. These silkworms feed on the aromatic leaves of Som and Soalu plants and are reared on trees similar to that of tasar. Muga culture is specific to the state of Assam and an integral part of the tradition and culture of that state. The muga silk, an high value product is used in products like sarees, mekhalas, chaddars, etc.

We provide knowledge about the most astonishing and uncommon facts about Textile.