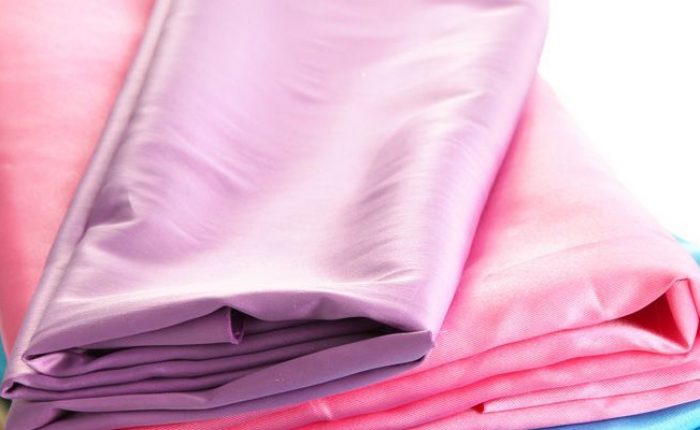 Silk is a natural protein fiber, some forms of which can be woven into textiles. A variety of silks, produced by caterpillars or silkworms. We will focus on Silk Fiber types in this blog post.

The strands of raw silk as they are unwound from the cocoon consist of the two silk filaments mixed with sericin and other materials. About 75 % of the strand is silk i.e. fibroin and 23 % is sericin; the remaining materials consist of fat and wax (1.5 %) and mineral salts (0.5 %). As a natural protein fiber silk has a significant attraction towards natural dyes.

According to industrial uses

It comes from the cocoon which is coated with a protective layer called silk gum, or sericin. The silk gum is dull and stiff. Silk with all of its gum is termed raw silk.

Silk made from wild silkworms is called tussah silk. The natural color of tussah silk is usually not white. It has shades of pale beige, brown and grey. It is usually coarser than cultivated silk.

It is also known as mulberry silk which is produced by domesticated silkworm. It is raised on diet of mulberry leaves almost exclusively softer, finer and more lustrous than tussah silk. This silk produces shades of white product.

It is term for silk fibre that is unwound from the silkworm cocoon. It is the most fine silk. The fibres are very long, shiny and of great strength.

Silk made from broken cocoon (from which the moths have already emerged) and short fibres. It feels more like cotton.

When yarns are prepared for weaving, the skeins of yarn are boiled in a soap solution to remove the natural silk gum or sericin. The silk may lose from 20 to 30 percent of its original weight as a result of boiling. As silk has a great affinity for metallic salts such as those of tin and iron, the loss of weight is replaced through the absorption of metals. Thus a heavier fabric can be made at a lower price than that of pure silk. Thus it is known as weighted silk.

If the natural gum or sericin is removed from the silk and no further material is added to increase the weight of the fibre it is  called pure silk. Pure silk is exclusively soft and possesses fine luster.

According to cocoons and silkworms

There are four major types of silk of commercial importance, obtained from different species of silkworms which in turn feed on a number of food plants. These are:

The bulk of the commercial silk produced in the world comes from this variety and often silk generally refers to mulberry silk. Mulberry silk comes from the silkworm, Bombyx mori L. Which solely feeds on the leaves of the mulberry plant. These silkworms are completely domesticated and reared indoors. In India, the major mulberry silk-producing states are Karnataka, Andhra Pradesh, West Bengal, Tamil Nadu and Jammu & Kashmir. These accounts for 92 % of the country’s total mulberry raw silk production.

Tasar (Tussah) is copperish colour. Coarse silk mainly used for furnishings and interiors. It is less lustrous than mulberry silk. But has its own feel and appeal. Tasar silk is generated by the silkworm, Antheraea mylitta. It is mainly thrive on the food plants Asan and Arjun. The rearings are conducted in nature on the trees in the open. In India, tasar silk is mainly produced in the states of Jharkhand, Chattisgarh and Orissa. Besides Maharashtra, West Bengal and Andhra Pradesh . Tasar culture is the main stay for many a tribal community in India.

It is a finer variety of tasar generated by the silkworm, Antheraea proyeli J. These feeds on natural food plants of oak. Which is found in abundance in the sub-Himalayan belt of India. Such as the states of Manipur, Himachal Pradesh, Uttar Pradesh, Assam, Meghalaya and Jammu & Kashmir. China is the major producer of oak tasar in the world. This comes from another silkworm which is known as Antheraea pernyi. Oak is mainly used for furnishing, dress materials and sarees. Bomkai, Paithani, Ikkat (tie & dye) and Katki are some popular fabrics produced using tasar silks. (Types of Silk Fibre)
Bafta is a popular blend of tasar and cotton. Shawls and mufflers are also produced using a blend of oak tasar. With other natural fibers like wool, cotton, etc. Tasar silk is ideal for making jackets for men and women or traditional costumes like the ‘salwar-kurta’. This silk can be styled into beautiful dresses, stoles and scarves. Tasar fabric can also be printed, hand-painted. Even embroidered into traditional sarees and beautiful dress-materials. In fact, in India, it is said that a bride’s trousseau is never complete without a saree made of Tasar Silk!

Endi or Errandi, Eri is multivoltine silk spun from open-ended cocoons like other varieties of silk. Eri silk is the product of the domesticated silkworm, Philosamia ricini. It feeds mainly on castor leaves. Ericulture is a household activity practiced mainly for protein rich pupae, a delicacy for the tribal.
Resultantly, the eri cocoons are open-mouthed and are spun. The silk is used indigenously for the preparation of chaddars (wraps) for their own use by these tribals. In India, this culture is practiced mainly in the north-eastern states and Assam. It is also found in Bihar, West Bengal and Orissa. Also known as endi or errandi. This silk is produced by the eri silkworm (Philosamia ricini). These worms feed mainly on Castor and Kesseru.
As eri cocoons are open-ended, the yarn is spun. Interestingly, in many parts of the North-East. Eri cocoons are produced for their edible pupae and silk is the by-product. Elegantly designed eri shawls and chaddars are quite popular because of their thermal properties. They can be blended with cotton, wool, jute.  Even mulberry silk to create exotic fabrics for use in jackets, or suiting material. Or for producing a variety of furnishings, making it an interior decorator’s delight.

This golden yellow colour silk is prerogative of India and the pride of Assam state. It is obtained from semi-domesticated multivoltine silkworm, Antheraea assamensis. These silkworms feed on the aromatic leaves of Som and Soalu plants and are reared on trees similar to that of tasar.
Muga culture is specific to the state of Assam and an integral part of the tradition and culture of that state. The most expensive of silks, muga is intrinsically woven into the cultural traditions of the people of Assam. The vibrant Sualkuchi sarees and mekhla-chaddars are the traditional items made from muga silk. In recent times, fashion designers have found exciting prospects in using muga silk for developing new products and designs. Use of muga yarn as a substitute for ‘zari’ in sarees is finding favour with reputed weavers.

Matka Silk is obtained from waste Mulberry silk by hand spinning without removing the gum (sericin). Cocoons required to produce Matka are mainly obtained from Karnataka and Kashmir. But spinning is mostly done in the villages of Malda and Murshidabad districts in West Bengal by women by hand spinning.
Filaments of the cocoons of this silk from Bihar were originally unwound and plied together on a mud pot, or Matka ( Today, they are alikely to be reeled on a woman’s thigh).
In India, Matka means “rough handloom silk fabric.” Matka comes from thick yarn spun from the silkworm and results in some irregularities in the fabric.

You may also read