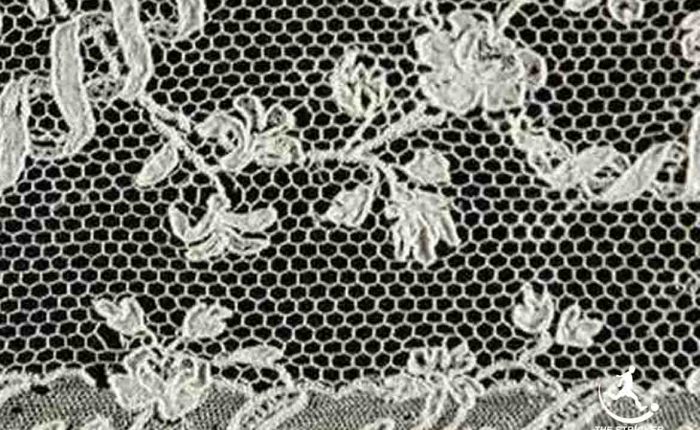 Argentan lace Fabric or Point d’Argentan is a needle lace from the 18th century. Argentella is derived from Argentan.

In the eighteenth century, Argentan was a form of needlepoint lace that was produced in Normandy. It is named after the local town of Argentan, which lies close to Alençon, another lace producing center. Argentan lace is characterized by its very fine work, with sometimes up to ten buttonhole stitches per mesh.

Argentan needlepoint lace was made on a locally made hexagonal net ground, which is larger and clearly hexagonal, as compared to the net of the Alençon lace.

Sources: Wikipedia
You May Also Read: