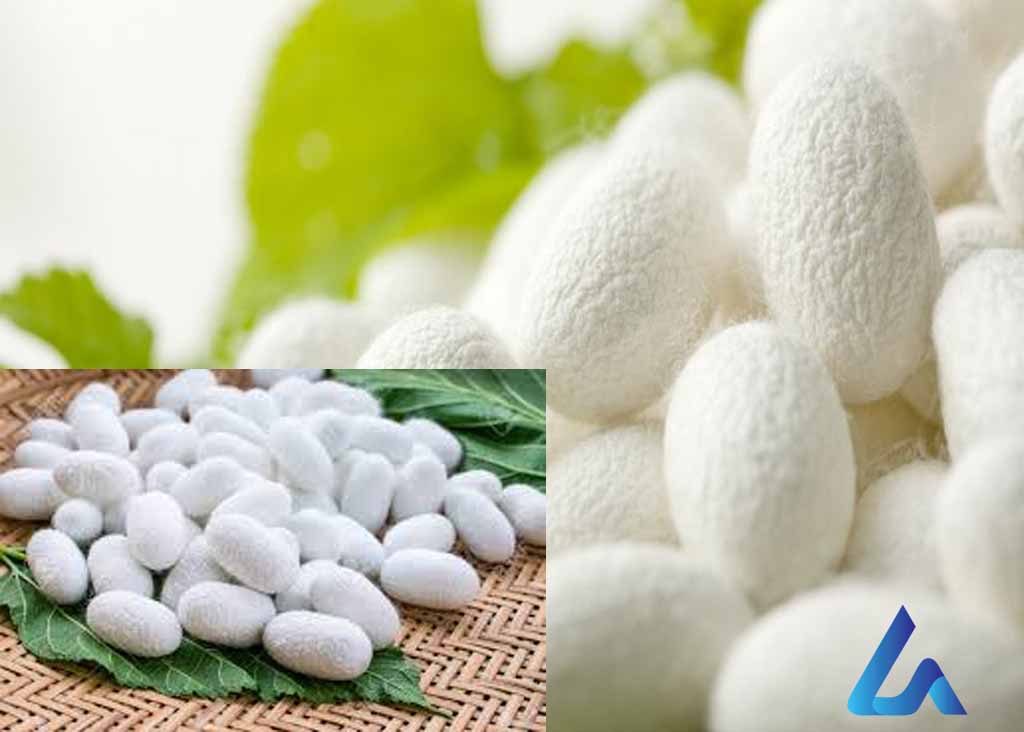 Silk Fiber is known as the queen of all fiber.  It is a natural protein fiber; which has been used in textile manufacture for at least 5,000 years. About 90% of commercial silk fibers are mulberry silk.

How Silk Fiber was discovered?

As narrates Confucius, Lei Zu; who was the wife of the Yellow Emperor Huangdi; discovered silk in 2,700 BC after a cocoon dropped into her tea; and as she attempted to pull it out; silk thread unraveled. Whether the account is true or not; Lei Zu is now renowned through China as the Goddess of Silkworms (Seini-Than).

China not only discovered silk long ago; but also pioneered silk dyeing in different colors.

During ancient times; white silk was achieved by feeding home-grown silkworms only with leaves of white (garden) mulberry during the breeding period. To get yellow silk; the silkworms were fed with Je tree (wild mulberry growing in mountains) leaves during the first half of their life; garden mulberry leaves in the second.

We will describe the types of silk fiber focusing on two topics. These two points are, according to industrial uses and according to the silkworm.

According to industrial uses 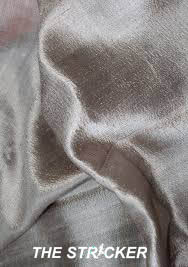 It comes from the cocoon which is coated with a protective layer called silk gum, or sericin. The silk gum is dull and stiff. Silk with all of its gum is termed raw silk. 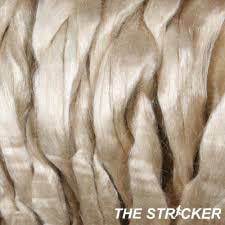 Silk made from wild silkworms is called tussah silk. The natural color of tussah silk is usually not white. It has shades of pale beige, brown, and grey. It is usually coarser than cultivated silk. 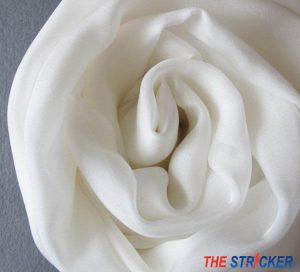 It is also known as mulberry silk which is produced by domesticated silkworm. It is raised on a diet of mulberry leaves almost exclusively softer, finer, and more lustrous than tussah silk. This silk produces shades of white products. 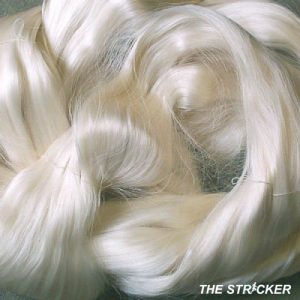 It is a term for silk fiber that is unwound from the silkworm cocoon. It is the finest silk. The fibers are very long, shiny and of great strength. 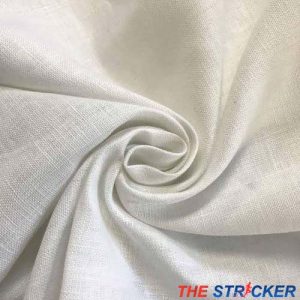 Silk made from the broken cocoon (from which the moths have already emerged) and short fibers. It feels more like cotton. 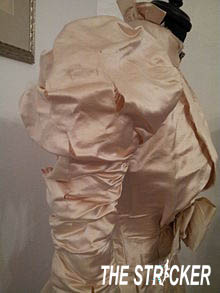 When yarns are prepared for weaving, the skeins of yarn are boiled in a soap solution to remove the natural silk gum or sericin. The silk may lose from 20 to 30 percent of its original weight as a result of boiling. As silk has a great affinity for metallic salts such as those of tin and iron, the loss of weight is replaced through the absorption of metals. Thus a heavier fabric can be made at a lower price than that of pure silk. Thus it is known as weighted silk. 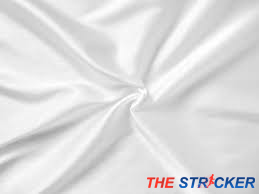 If the natural gum or sericin is removed from the silk and no further material is added to increase the weight of the fiber it is called pure silk. Pure silk is exclusively soft and possesses fine luster. 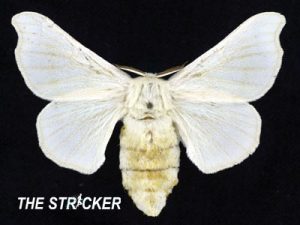 The bulk of the commercial silk produced in the world comes from this variety and often silk generally refers to mulberry silk. Mulberry silk comes from the silkworm, Bombyx mori L. Which solely feeds on the leaves of the mulberry plant. These silkworms are completely domesticated and reared indoors. In India, the major mulberry silk producing states are Karnataka, Andhra Pradesh, West Bengal, Tamil Nadu and Jammu & Kashmir. These accounts for 92 % of the country’s total mulberry raw silk production.

Tasar (Tussah) is copperish color. Coarse silk mainly used for furnishings and interiors. It is less lustrous than mulberry silk. But has its own feel and appeal. Tasar silk is generated by the silkworm, Antheraea mylitta. It mainly thrives on the food plants Asan and Arjun. The rearings are conducted in nature on the trees in the open. In India, tasar silk is mainly produced in the states of Jharkhand, Chattisgarh, and Orissa. Besides Maharashtra, West Bengal, and Andhra Pradesh. Tasar culture is the mainstay for many tribal communities in India.

It is a finer variety of tasar generated by the silkworm, Antheraea proyeli J. in India which feed on natural food plants of oak, found in abundance in the sub-Himalayan belt of India covering the states of Manipur, Himachal Pradesh, Uttar Pradesh, Assam, Meghalaya, and Jammu & Kashmir. China is the major producer of oak tasar in the world and this comes from another silkworm which is known as Antheraea pernyi.

Also known as Endi or Errandi, Eri is a multivoltine silk spun from open-ended cocoons, unlike other varieties of silk. Eri silk is the product of the domesticated silkworm, Philosamia ricini that feeds mainly on castor leaves. Ericulture is a household activity practiced mainly for protein rich pupae, a delicacy for the tribal. Resultantly, the eri cocoons are open-mouthed and are spun. The silk is used indigenously for preparation of chaddars (wraps) for own use by these tribals. In India, this culture is practiced mainly in the north-eastern states and Assam. It is also found in Bihar, West Bengal and Orissa

This golden yellow color silk is the prerogative of India and the pride of the Assam state. It is obtained from the semi-domesticated multivoltine silkworm, Antheraea assamensis. These silkworms feed on the aromatic leaves of Som and Soalu plants and are reared on trees similar to that of tasar. Muga culture is specific to the state of Assam and an integral part of the tradition and culture of that state. The muga silk, a high-value product is used in products like sarees, mekhalas, chaddars, etc.

Silk is a fine translucent fiber produced from the silkworm. The manufacturing process of silk starts with the rearing of cocoons. There are many varieties of the silkworm from which the silk fiber can be obtained. However, it is found that the fiber obtained from the larva of Bombyx mori is of commercial value.

The process of cultivating the silkworm for the production of raw silk is called sericulture. The silk fiber is a continuous filament fiber consisting of the fibroin, which is connected together with the silk gum, sericin. This natural protein or fibroin is secreted from two salivary glands.

The production of Silk Fibre- is different from that of other natural fibers. There are many steps involved in silk manufacturing.

Sericulture has a long and colorful history unknown to most people. For centuries the West knew very little about silk and the people who made it. Pliny, the Roman historian, wrote in his Natural History in 70 BC “Silk was obtained by removing the down from the leaves with the help of water…”. For more than two thousand years the Chinese kept the secret of silk altogether to themselves. It was the most zealously guarded secret in history.

You may read the production of silk fiber article.

1. Silk culture has been practiced for at least 5000 years in China.

2. Silkworm (Bombyx mori, Latin for “silkworm of the mulberry tree”) is technical, not a worm. It is the caterpillar of a moth. 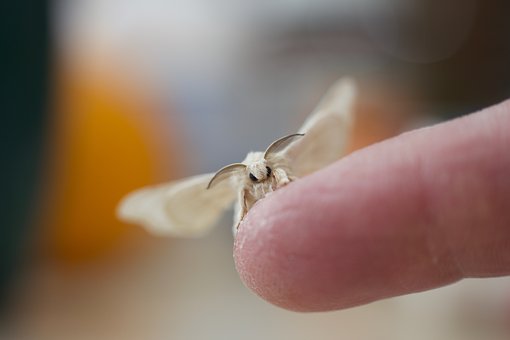 3. The silkworm female deposits around 400 eggs at a time.

4.  The silkworm female dies almost immediately after depositing the eggs; the male lives only a short time after.

5. A pound of caterpillars eats up to 24 000 pounds of mulberry tree leaves In their lifetime. (Interesting Facts of Silk Fibre)

7. It takes more than 25 mulberry trees to obtain 6 pounds of silk. 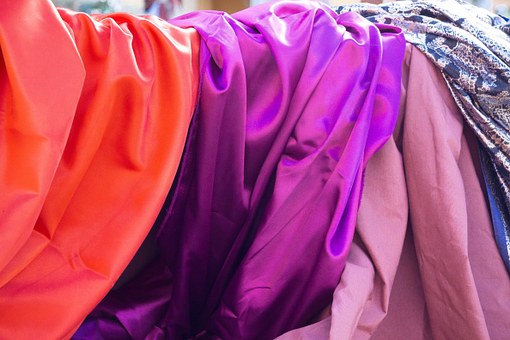 8. The cocoon is made of a single continuous thread of raw silk around 1 kilometer (2/3 of a mile) long.

9.The silkworm grows to 25 times its size over the first 4 weeks. (Interesting Facts of Silk Fibre)

Is silk a filament fiber?

Silk is only natural filament fiber. It is known as queen of all fiber.

How Silk Fiber was discovered?


Silk was discovered from a cup of tea in China.

The production process of silk cocoon is known as sericulture.

The caterpillar from where we get silk fiber is known as Silkworm.

If you have any questions leave a comment below.