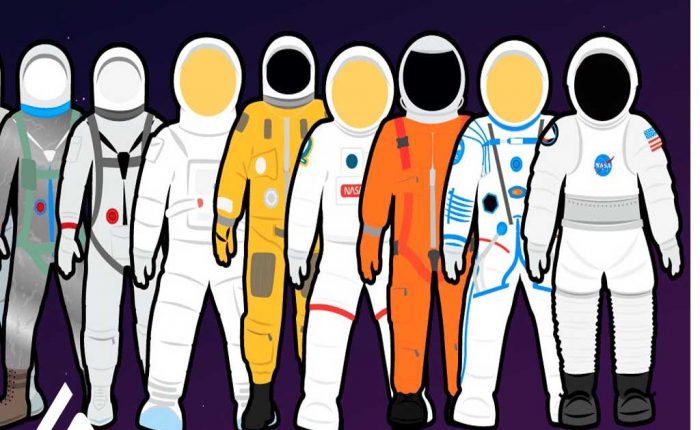 The beta cloth is a type of fireproof silica fiber cloth used in the manufacture of Apollo/Skylab A7L  spacesuits.  Beta cloth consists of fine woven silica fiber, similar to fiberglass.  Beta Cloth Fabric does not burn and melts only at temperatures exceeding 650 °C (1,200 °F). To reduce its tendency and to increase durability, the fibers are coated with Teflon.

What is Beta Cloth Fabric?

The Fireproof Cloth made of Silika Fiber; used in the outer layer of spacesuits is called Beta Cloth Fabric.

It was incorporated into NASA spacesuits after the deadly 1967 Apollo 1 launch pad fire, in which the astronauts’ nylon suits burned through. After the fire, NASA demanded any potentially flammable materials be removed from both the spacecraft and spacesuits.

The beta cloth was developed by a Manned Spacecraft Center team led by Frederick S. Dawn and including Matthew I. Radnofsky working with the Owens-Corning and DuPont companies.

The beta cloth was used as the material for the Skylab shower enclosure.

The interior of the Space Shuttle payload bay was almost completely covered with Beta cloth. This protected it while it was opened for weeks at a time in space.

Beta cloth products are comprised of a high-performance PTFE (Teflon™) and glass composite used as a component for MLI (multi-layer insulation) blankets.

Often used as the outer layer, the special design of the product provides the strength, resistance to flex fatigue, and handle which sets it apart from other standard coated fabrics, and makes it more suitable for space applications.

This lightly coated, low outgassing material has a great deal of flight legacy being used in proximity to sensitive components and equipment.